Just $30 a month can save starving children. Give now! 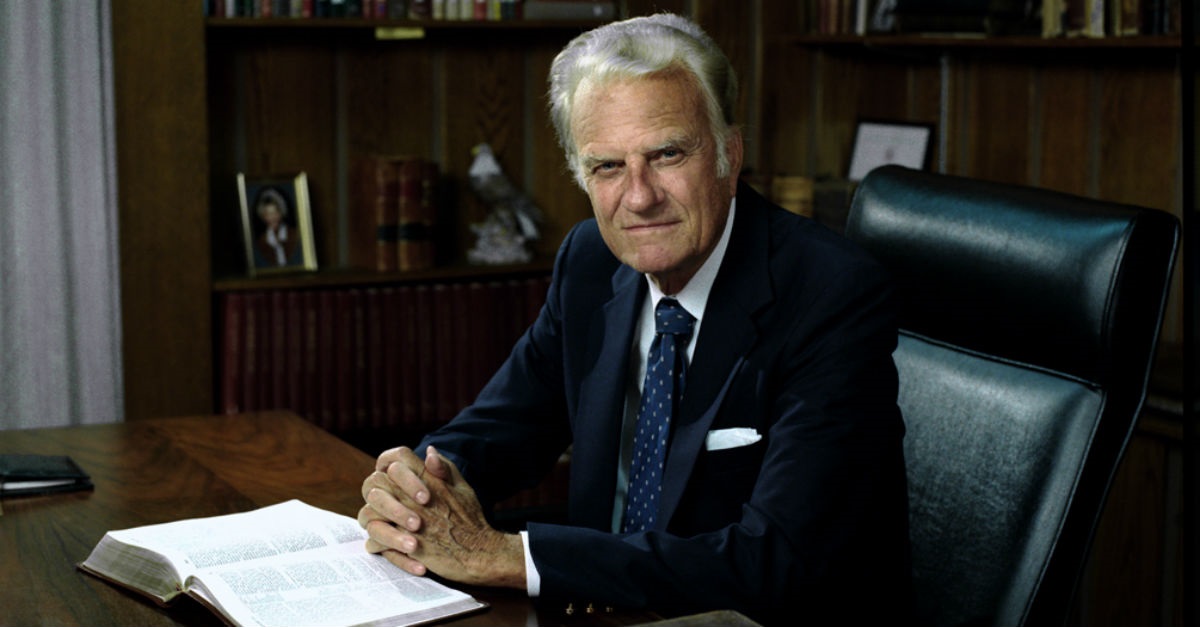 Reverend Billy Graham has died at the age of 99. Graham will be remembered as a faithful evangelist who dedicated his life to spreading the gospel.

A North Carolina native, Graham was introduced to Christianity by his mother, who made sure the family attended church, and asked her children to memorize Scripture verses. However, church seemed boring to young Billy until he attended a revival meeting at the age of 16 and made the decision to follow Christ.

From that point forward, Graham dedicated his life to ministry. He was ordained a Baptist minister in 1939, and named the President of Northwestern Bible College in 1947. In 1949, he was launched into national prominence by preaching at a Christ for Greater Los Angeles revival. Graham formed the Billy Graham Evangelistic Association in 1950. He later served as an advisor to presidents and was awarded the Presidential Medal of Freedom, the highest honor a civilian can receive.

Graham’s greatest accomplishment was the millions that received Christ because they heard his message. His impact on the world cannot be measured.

Executive director of the Billy Graham Center Ed Stetzer wrote, “Billy Graham was an amazing model for the Christian faith—a person whose mind and heart was fixated upon Jesus. There shall never be another person like him. And yet I know that if he were here, he would continue to remind us that we are all to proclaim God’s love in a world that is lost and drowning in sin.”

“The world has lost an amazing man. And yet the Spirit of Christ lives on in all of us. My prayer for me and you is that we too would let the words of life fall off our lips at all places, at all times, and in all sorts of new and creative ways. It’s time for all of us to continue on where Rev. Graham’s passing has left a void.”

As the remembrances pour in today, let us remember the very words of Graham: “My home is in heaven. I’m just travelling through this world.”

Visit the BGEA's memorial page for Billy Graham to leave a condolence message.

This content first appeared on Crosswalk.com and is used here with permission. To view the original visit: https://www.crosswalk.com/blogs/christian-trends/billy-graham-well-done-thy-good-and-faithful-servant.html