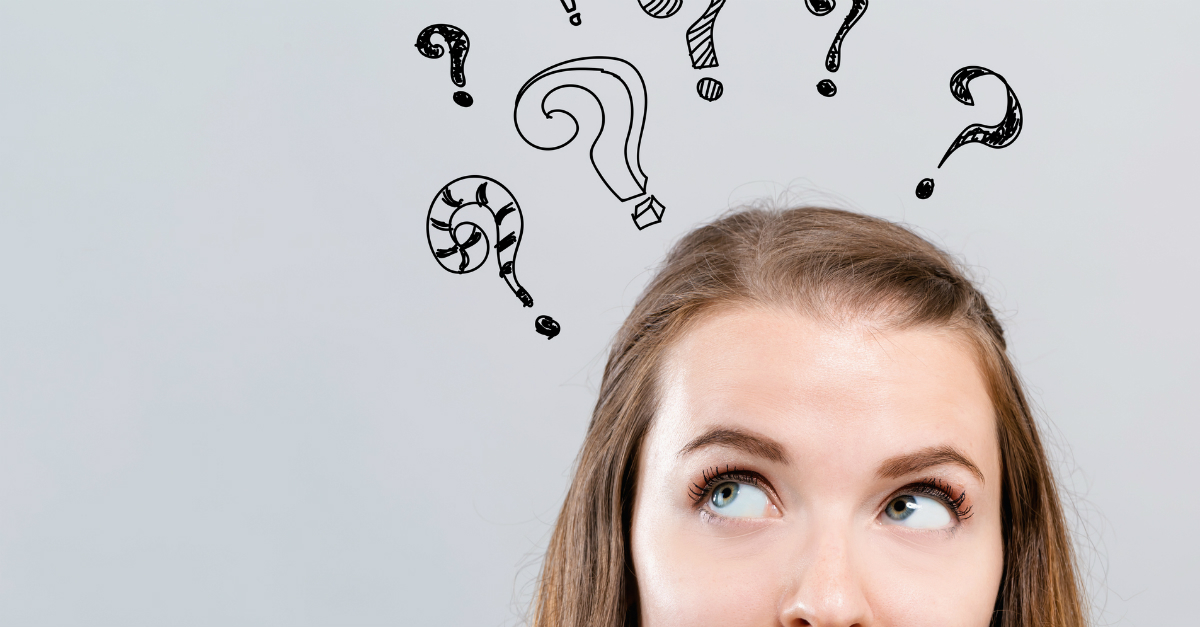 If there is a command in Scripture guaranteed to offend the modern mind and set off a stubborn inner resistance that is dead-set on holding its ground and giving up nothing, it’s this: Be holy.

As obedient children, do not conform to the evil desires you had when you lived in ignorance. But just as He who called you is holy, so be holy in all you do. For it is written, ‘Be holy, because I am holy.’ – 1 Peter 1:14-16

The Apostle Peter is clearly quoting Scripture. Somewhere in the Old Testament, God tells us to be holy.

He does, in many places, actually. For example:

I am the Lord your God. Consecrate yourselves and be holy, because I am holy. – Leviticus 11:44

I am the Lord who brought you up out of Egypt to be your God; therefore, be holy for I am holy. – Leviticus 11:45

The context makes it clear that the Lord has in mind His people shall be “a cut above” the surrounding population. They are to be “otherwise,” “the great exception,” what the KJV calls “a peculiar people.” Different from the rest. Standing out from the clutter.

Verses that surround Leviticus 11:44-45 make this clear. The Lord’s people were not to eat certain animals. “Do not make yourselves unclean by any of them or be made unclean by them.” (Leviticus 11:43)

We Are to Be Clean

I walked into the ICU at Tulane Medical Center to see a friend who had had a stroke. I expected to see him sedated and with tubes everywhere. Instead, he was sitting up in the bed and on the phone. He greeted me heartily and said, “What are you doing here?”

I said, “That’s my line. You’re clearly not sick.” He said, “The only thing wrong with me right now is I need a bath.” He had been 4 days without one.

The small blood clot that had attacked his brain, shutting down the use of the left side of his body, had dissolved, he said. The medical staff planned to release him later in the day.

He wanted a bath. Not everyone misses cleanliness. By ignoring their unwashed state, they reveal a great deal about themselves.

Here’s a paragraph from John Steinbeck’s “Once There Was a War,” a collection of war correspondent dispatches. He was somewhere in North Africa and the date was September 28, 1943:

No love is lost for the Arabs. They are the dirtiest people in the world and among the smelliest. The whole countryside smells of urine, four thousand years of urine. That is the characteristic smell of North Africa.

So much for romantic Casablanca, Humphrey Bogart and Ingrid Bergman notwithstanding!

Why would an American soldier be offended by something the locals do not notice? Clearly Steinbeck was accustomed to bathing on a more or less regular schedule.

Only the clean are uncomfortable with being unclean.

Only after our public buildings and restaurants were purged of cigarette smoke did all us non-smokers begin to be repulsed by the smell of burning tobacco. Until then, we never noticed it. I would almost bet the farm that a half-century ago, some visitor to America wrote home, “The characteristic smell of North America is cigarette smoke.”

We’re not doing everything right these days, but ridding our homes and hospitals of cigarette smoke is a step in the right direction.

Do not conform to the evil desires you had when you lived in ignorance. – 1 Peter 1:14

The root of their problem was ignorance; the fruit of such ignorance was wrong-headed wanting.

We recall something close to this from Paul:

Do not be conformed to this world but be transformed by the renewing of your mind. – Romans 12:2

It starts inside your mind. No wonder Peter ends his second epistle with, “But grow in the grace and knowledge of the Lord and Savior Jesus Christ…” (2 Peter 3:18)

The Apostle Peter gives two reasons why God’s children are to be holy: they have been redeemed from all that is unholy, and children should look like their father. Here are two important reasons for being holy:

1. We Have Been Redeemed

We are not the same people as when we did those bad things. The word “redeemed” in 1 Peter 1:18 literally means to release upon receipt of a ransom. The Greek word is a verb form of the noun lutron, a ransom.

Another Greek word often used in the New Testament (and translated “redeemed”) is exagora, from the word for marketplace, agora. Literally, that means “to buy out of the marketplace.” It’s a great concept. Christians are no longer for sale but are “off the shelf,” “off the market.” We have been bought with a price.)

We have been ransomed. Ask passengers on ships in Middle Eastern waterways that have been taken over by pirates and held for ransom what it means to be redeemed.

– 1 Peter 1:18 says we are ransomed (redeemed) from the futile way of life inherited from our fathers.

– Galatians 3:13 tells us we are ransomed (redeemed) from the curse of the law. What was that curse? “The soul that sins it shall die.” If that law were still in effect, no one would be spared, because all sin and all fall short. See Romans 8:1-2 for the great news of the gospel regarding the law of sin and death.

– Titus 2:4 says that we are ransomed (redeemed) from iniquity or lawlessness. Romans 8:1-2 also points out that a higher law has redeemed us from the lesser law. We must never think that as Christians, we are lawless. What we follow are higher and better laws.

Whatever else it means to be bought out of those conditions; it surely means we are not to return. No one sprung from a Ravensbrück or Auschwitz concentration camp would willingly go back into those sink-holes of death and hell-holes of despair.

We are to have nothing further to do with our old “futile” (“empty” NIV) lifestyle. We are to have no further dealings with the pit of destruction, the curse of the law, or the iniquity of lawlessness.

Whereas I like to drop in the occasional paraphrase from Eugene Peterson’s The Message to give us another perspective, here he stays with the traditional translation. “God said, ‘I am holy; you be holy.’”

2. God’s Children Should “Resemble” Him

Anyone can live and act like the world. Jesus taught His disciples that the people of the world love those who love them (Luke 6:32), do good to those who return the favor (Luke 6:33), and give to those who plan to pay them back (Luke 6:34).

Jesus told his disciples, “When you give a luncheon or dinner, do not invite your friends, your brothers or relatives, or your rich neighbors; if you do, they will invite you back and you will be repaid. But…invite the poor, the crippled, the lame, the blind, and you will be blessed. Although they cannot repay you, you will be repaid at the resurrection of the righteous.” (Luke 14:12-14)

God loves those who hate him, does good to his enemies, and gives to the ungrateful.

Jesus went out of his way to touch the leper, welcome the children, rebuke the fat cats, and honor society’s fallen. He said, “But love your enemies, do good to them, and lend to them without expecting to get anything back.” (Luke 6:35)

When you do that, the Lord said, “You will be sons of the Most High.” Say what?

We must remember the Hebrew way of forming descriptive adjectives about people was to make them “sons of this-or-that” like this:

James and John had explosive, fiery tempers; they were “sons of thunder.”(Mark 3:17)

Joseph was nicknamed Bar-Nabas, “son of comfort,” because he was such an encourager. (Acts 4:36)

Those who love the unlovely, bless the hateful, and give to the undeserving are behaving precisely like the Heavenly Father. “Because He is kind to the ungrateful and wicked.” (Luke 6:35)

This reminds us of the Beatitude, “Blessed are the peacemakers; they shall be called sons of God.” (Matthew 5:9)

People will see such behavior as God-like. “Why, would you look at that! That’s just like the Lord Himself.”

One of the worst slanders upon holiness is the way some have reduced the concept to a list of don’ts. Depending on who is reciting it, the list varies, but it has traditionally included smoking, drinking, cursing, and movies (certain kinds or all kinds).

Some of us can recall when the no-no list also included dancing of any kind, card-playing, and baseball or fishing on Sunday. The problem with such lists is that they keep getting longer and longer and they have a way of granting exceptions. Movies at the theater were forbidden to some, however, they would watch the same shows on television. Working on Sunday was a no-no, yet they themselves would eat out at restaurants or run by the store for a few items on the Lord’s Day.

It’s so easy to become Pharisees.

Mostly, the holiness-exceptions involved things the bearer of the list was already doing. Legalism is like that. I see your behavior as more sinful than my own.

“Your pastor is going to hell,” a visitor told one of my deacons.

The deacon, never one to over-react, said calmly, “And why is that?”

“His hair is too long,” the critic announced. I have no memory of it being very long at any time. Probably I was just overdue for a haircut.

Our deacon said, “How long should it be?”

“About like mine,” the visitor said, thus furnishing me with my favorite illustration of legalism.  Legalism forever sets itself up as the standard for measuring everyone else.

To be Holy Is to Be Like Our Heavenly Father

To be holy is to be different from the world, but that alone is insufficient. A green three-headed alien from another planet would be different but not holy.

That is a process, not a state to be achieved once in this life and thereafter maintained. It’s a daily grind, of subduing the stubborn will, humbling the wayward heart, calling the will back into submission, and seeking God’s will in every aspect of our lives.

That’s a great quote. But I find two major flaws in it.

First, it implies God only uses the perfectly submitted. A check of the Old and New Testaments dispels that in a heartbeat. Practically every instrument of the Lord was flawed, from rebellious Jonah (whose bad attitude was present throughout his Nineveh preaching) to hypocritical Peter (whom Paul called to task for being one thing among the Jews and another with Gentiles) to David himself, whose flaws were scandalous.

And secondly, it leaves the impression that there is a level we may achieve where we are now completely surrendered, even to the last decimal point.

If there is such a level, my strong conviction is that those who arrive there keep slipping off. Holiness seems more of a continuing process of staying close to the Lord and obedient to His will. The last thing we want to do is obsess over the final percentage point of our commitment:

“Oh, I wonder if I have submitted this chocolate chip cookie to His Lordship.”

“Have I prayed about which news program to watch?”

That’s not holiness; it’s bondage. A tyranny of bad mental health, if you ask me. Such an obsession is just one more embodiment of legalism, dressed up to look like spirituality.

Don’t be taken in by crude imitations of the real thing.

Let’s stay in the Word, look for ways to serve the Lord, continually pray the favorite prayer of Scripture (“Lord, what will you have me to do?”), and go do it.

But, whatever else we do, let’s not obsess over holiness. It’s just being like Jesus, and everything about that is precious.

This content first appeared on Crosswalk.com and is used here with permission. To view the original visit: https://www.crosswalk.com/blogs/joe-mckeever/what-does-it-really-mean-that-god-wants-us-to-be-holy.html

Beware the Sin of Idolatry - Your Daily Bible Verse - February 22