If you’ve never watched The Chosen – the multi-season television series about Jesus and His followers – there’s a good chance someone around you has.

An estimated 100 million people worldwide have seen it, with total views now topping 440 million. The Chosen is, perhaps, the most popular faith-based media project since 2004’s The Passion of the Christ.

And now it’s on the big screen.

The Chosen: Season 3 (Episodes 1 and 2) gives moviegoers the opportunity to experience the story on an epic scale. It also gives fans a chance to watch the first two episodes of the new season before it lands on The Chosen app.

Season 3 picks up with Jesus preparing to send the disciples out in pairs of two. (Mark 6:7.)

Here are four things you should know about The Chosen movie: 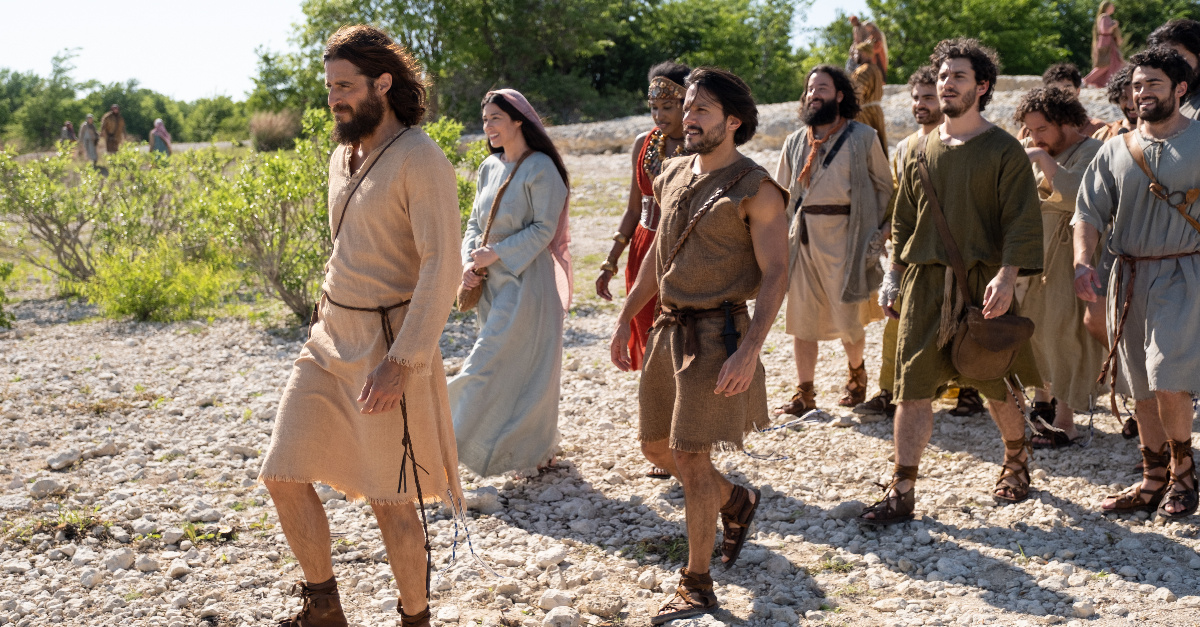 1. It’s What Our Divided Culture Needs

The Chosen is the gospel-infused tonic our polarized, hate-filled, name-calling culture needs. Love, grace and mercy fill every inch of the plot.

Jesus’ followers argue ... yet quickly reconcile. They are threatened by the Roman authorities … but respond with kindness. They place the needs of others first … and their own needs last.

In one scene, a disciple is ostracized by his own parents, only to be welcomed back into the fold when they, too, are transformed by the words of Jesus.

In another scene, a different disciple approaches Mary Magdalene after becoming convicted by Jesus’ teachings on love, asking her to forgive him for the hurtful words he had spoken.

The followers of Jesus in The Chosen are far from perfect, but they work daily to put his teachings into action. It’s an early form of the church – and the way the church should be. 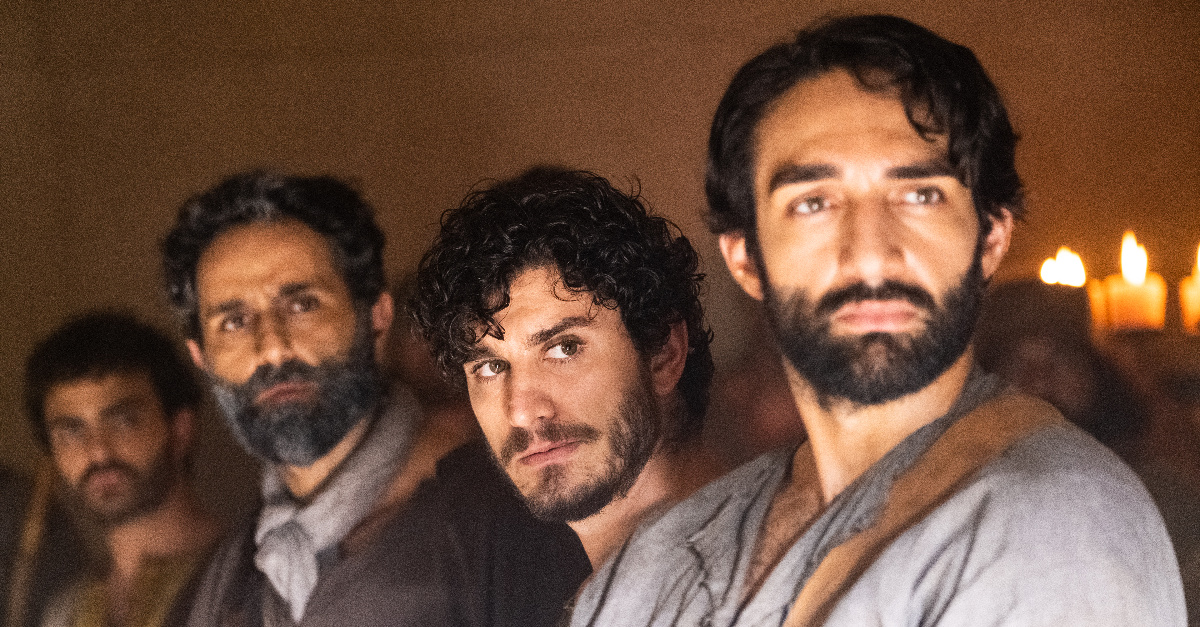 2. It Includes Judas, John the Baptist and Much More

The character of Judas gets his first major on-screen action. So does John the Baptist (more on that below).

Of course, we know Judas as the traitor. (Every reference to him in Scripture calls him as such.) Jesus’ followers, though, apparently were not suspicious (John 13:27-30). The Chosen presents Judas as an energetic follower of Christ who is willing to walk away from his comfortable life in order to follow Jesus. (“I believe You are going to change the world,” he tells Jesus.)

The film includes several major New Testament stories and events: Jesus’ Beatitudes sermon, Jesus’ citing the Lord’s Prayer, and Jesus’ sending out the disciples among them.

The films take artistic liberties while remaining true to Scripture. It also – smartly – often places the words of the Old Testament in the mouths of Jesus and the disciples. (We hear Jesus cite Numbers 6:24-26 “the Lord bless you and keep you,” and the disciples cite Psalm 3, “You, oh Lord, are a shield about me, my glory and the lifter of my head” – citations that technically are not in the New Testament but are plausible.) 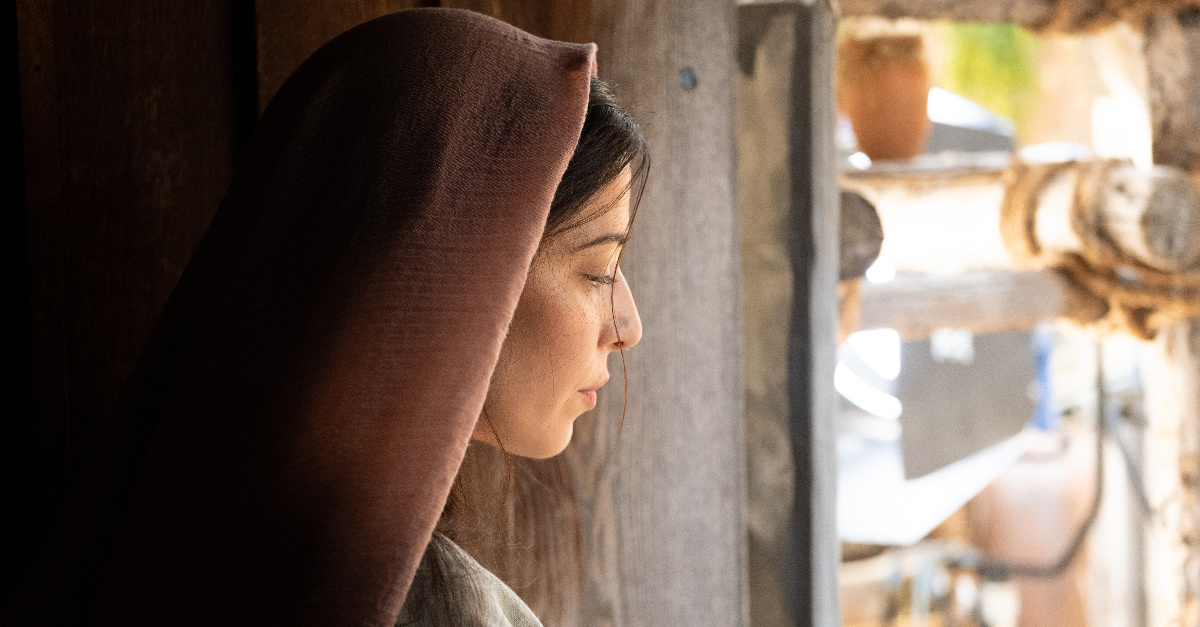 3. It Was Filmed at a New Set in Texas

The movie was filmed at the series’ new 900-acre home in Midlothian, Texas, which includes a village that looks like it was teleported straight out of first-century Judea. The vintage-like village has a food market. It has a blacksmith shop. It has stables. It also has the homes of Peter, Matthew, Andrew and many others.

The new set has helped improve the on-screen product, the cast says. Paras Patel, who portrays Matthew, said the set allows actors and actresses to easily picture the first-century world for their roles.

“You just thrice as an artist. … You’re living the moment, you’re [smelling] the smells,” Patel told Crosswalk. “… The set is magnificent.”

The set was built in partnership with the Salvation Army and its Camp Hoblitzelle, an adjacent property. 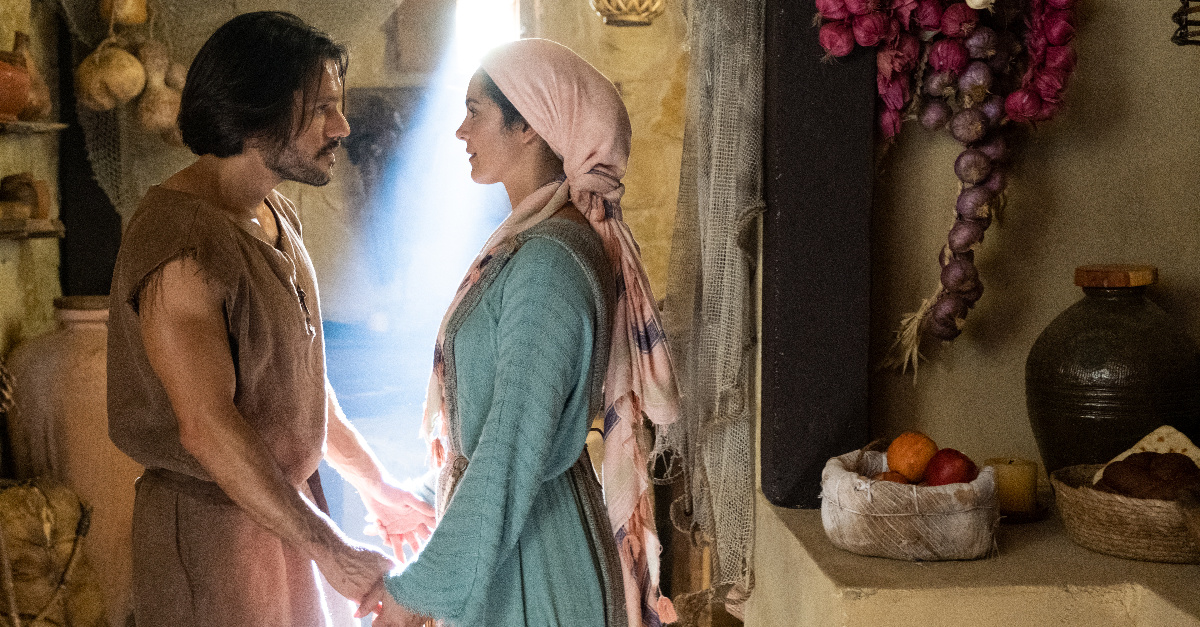 4. It Packs an Emotional Punch

The Chosen series is known for scenes that tug at your heart, convict your soul and even make you cry. The movie has that, with three or four of the most powerful scenes in the project’s history.

“Little James,” who was born with a limp, asks Jesus why he is being asked to heal others when he himself has not been healed by Christ. (Little James is told that he was chosen to be a disciple – in part – because of his disability.)

The 12 disciples sit alone in a room with their leader, Jesus, as He calmly yet confidently sends them out two-by-two and tells them they may die for their convictions. (“Do not fear those who kill the body but cannot kill the soul,” Jesus says.)

The film’s final two minutes had guests at the Atlanta premiere crying. (If you’re curious, it’s not necessary to watch the first two seasons in order to follow and enjoy the movie, which spans about two hours.)

Millions worldwide have watched the series. When you watch the movie, you’ll understand why it’s so popular. The script is brilliant – and the accompanying musical score matches every scene perfectly.

It’s one of the best films of the year.

The Chosen is not rated but likely would garner a PG rating. It contains no violence or coarse language. We see a married couple kiss and embrace (Peter and Eden). Seconds later, their kissing is interrupted when another disciple knocks on the door and says he needs to sleep at their place. He also implies he knows what is happening between Peter and Eden (he’ll put a pillow over his ears, he says).

Entertainment rating: 5 out of 5 stars.

This content first appeared on Crosswalk.com and is used here with permission. To view the original visit: https://www.crosswalk.com/culture/features/4-things-to-know-about-the-chosen-season-3-movie.html