Henry Wadsworth Longfellow is a well-known poet who has shaped the views of 1800s America with his mind and penmanship.

The public knows him as the author of Paul Revere's Ride.

His children, though, only know him as the energetic and loving father who brings joy to their home. He's always laughing, always playing, always singing.

But then tragedy strikes. A close family member dies, sending Henry into a spiral of grief that causes him to question life itself.

"If God gave me the voice of a poet, why did he take my poetry?" Henry asks. "I will never write again."

Will Henry ever find the will to live?

The new Sight & Sound movie I Heard the Bells tells the faith-based true story of Henry's battle with grief and his recovery to pen a famous Christmas carol. 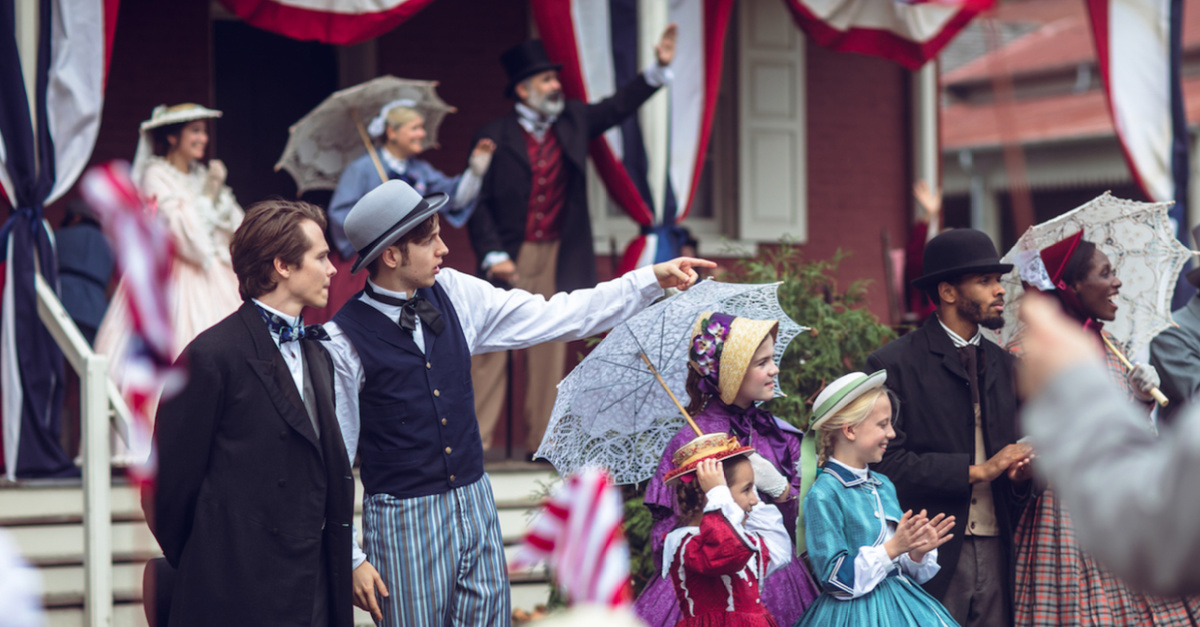 The idea for theatrical films was born during the pandemic. With Sight & Sounds' theaters shuttered, millions turned in online and on television to enjoy streaming versions of its musicals. The takeaway? Families are hungry for family-friendly entertainment.

"We want to move people's hearts towards truth through the power of story," Josh Enck, president and chief story officer of Sight & Sound, told Crosswalk. Enck directed it.

Much of I Heard the Bells was filmed on a newly constructed film backlot on Sight & Sound's own property. Other parts of the movie were filmed at locations throughout the Lancaster region.

"One of the ways that we can keep production costs down is to do it ourselves," Enck said. "We have a whole company full of carpenters and costumes and wigs and even animals." 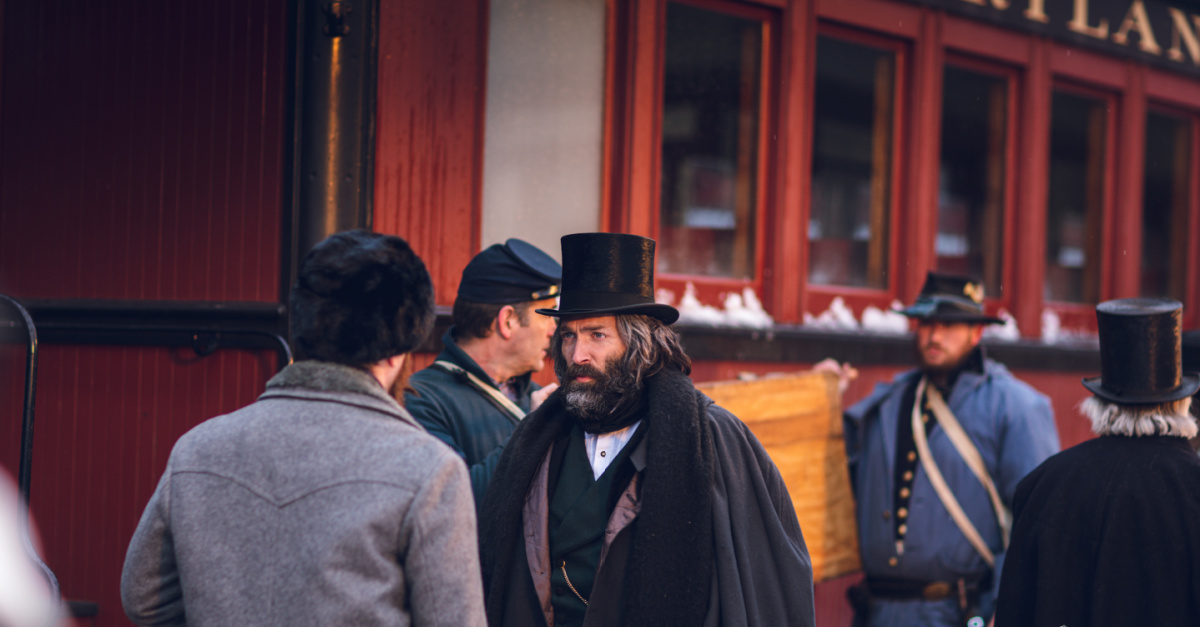 2. It Spotlights a Hero of History

Perhaps you've never heard of Henry Wadsworth Longfellow. But if you lived in 1800s America, you would have. Longfellow (1807-1882) wrote the famous poem Paul Revere's Ride (1861) that propelled Revere into American folklore. Years earlier, Longfellow penned Poems on Slavery (1842), publicly establishing himself as an abolitionist. Both works are referenced in I Heard the Bells – Longfellow's son Charles is popular among fellow Civil War soldiers due to his famous father – but the film's climax is Longfellow's writing of Christmas Bells, which later was set to music and became the famous Christmas carol, I Heard the Bells on Christmas Day. Longfellow was friends with Charles Dickens.

"[Longfellow] was America's most famous person," Enck told Crosswalk. "He was a celebrity."

Sight & Sound's movies, Enck said, will "portray the stories of figures and events from history that changed the world, because Christ first changed them."

The company has plans for a second film (spotlighting a different historical figure). 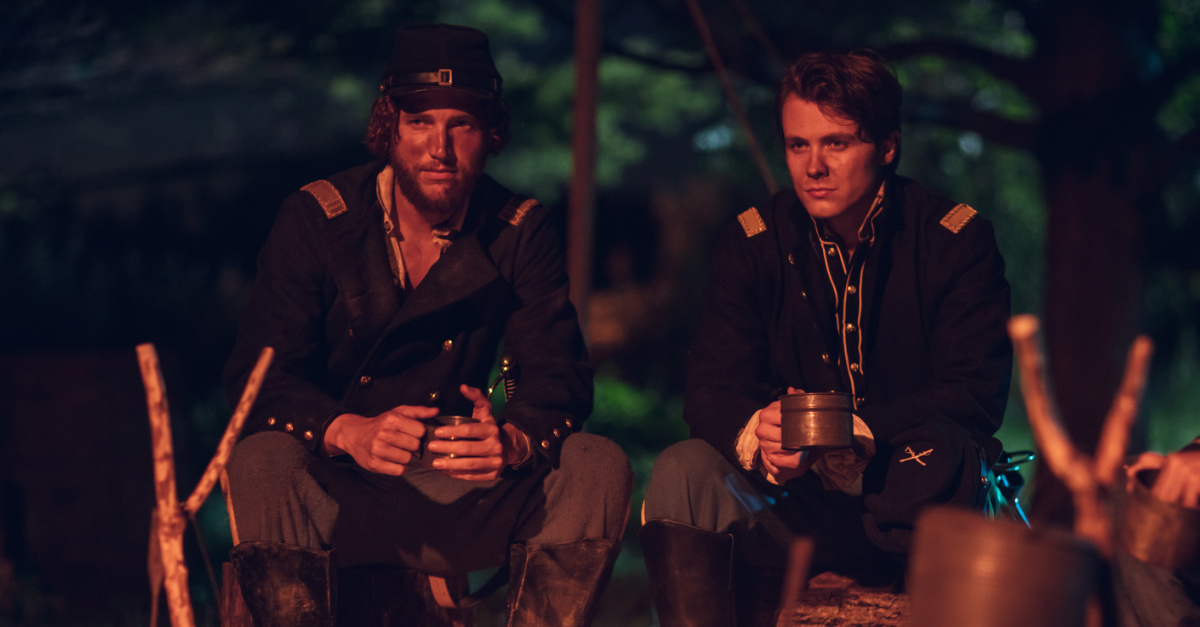 Longfellow wrote Christmas Bells in the wake of a personal tragedy that caused him to question life itself. We see him lying in bed, depressed and inconsolable, wishing he were dead. We watch as he sits at the dinner table, quiet and despondent, as the rest of his family laughs. His son, Charles, wants to serve in the Civil War. Yet Longfellow can't stand the thought of his son possibly dying.

"You never leave the house," Charles tells him. His father has "written poems that "inspired the union" but is wasting away in his current state.

The film urges the audience to ask: What is the purpose of tragedy? How do we move on? What role can faith play? How can we help others who are going through tough times?

Charles, facing a major trial, initially abandons his own faith. (God is either "sleeping" or is "dead," Charles says.) Longfellow, though, continues to embrace his faith. (Rain, he says, symbolically, is part of God's plan.)

Later in the film, Charles returns to his faith, telling his father, "You are not done ringing." In the final minutes, Longfellow pens his famous poem. It includes a lyric that testifies to his spiritual journey: "God is not dead, nor doth He sleep."

I Heard the Bells, Enck said, is "really a story about hope." 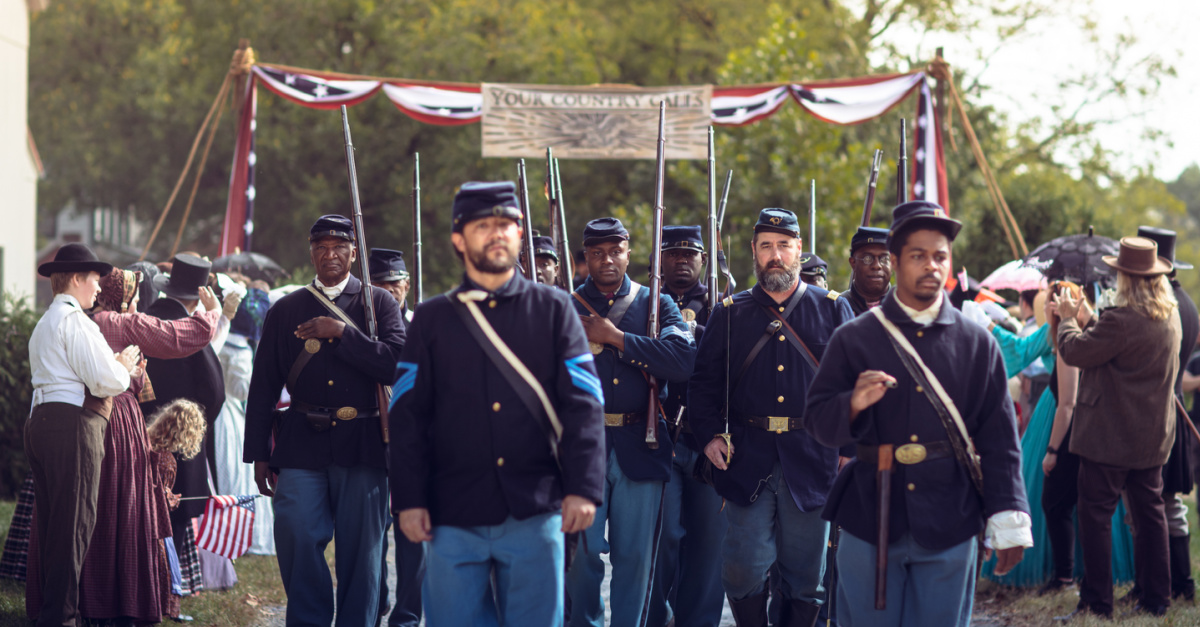 4. It's Fantastic … and Family-Friendly

I Heard the Bells includes no coarse language or sexuality. It has a few mature thematic elements – a family member dies, a son goes off to war, and individuals question their faith – but stays firmly within the boundaries of a PG film. (Technically, I Heard the Bells is unrated.)

The actors and actresses are solid and believable. (It uses cast from the Sight & Sound stage productions.) The plot keeps you guessing. (It has plenty of hope and inspiration but also friction.) The score adds to the emotional tug-at-your heart. It looks and feels different than most faith-based films.

"Our films are going to have a theatrical flair to them," Enck said. "I'm a daddy of four kids, and … I want all of our stories to be able to be family-friendly. And this one, I believe, is."

Visit IHeardtheBellsMovie.com. I Heard the Bells is unrated. (It contains minor war violence and tragedy – we briefly watch as someone is killed by fire – but no coarse language or sexuality.)

Entertainment rating: 4 out of 5 stars

Family-friendly rating: 4.5 out of 5 stars

This content first appeared on Crosswalk.com and is used here with permission. To view the original visit: https://www.crosswalk.com/culture/features/things-you-should-know-about-i-heard-the-bells-sight-and-sounds-first-movie.html