The question: was Jesus vegan? is a very interesting one. I must admit to you, I'm not writing this article as an expert on the vegan diet and lifestyle—because I am not vegan. If you are vegan, you probably know more about being vegan than I do.

However, my goal here is not to espouse or discourage the benefits of being a vegan.

The goal is to simply answer a question and see how Jesus would have faired when you compare the diet of his day to the vegan diet.

So let’s go ahead and see if Jesus was vegan. What Did Jesus Eat?

Let’s first start with four places in the Bible which give us ideas as to what Jesus would eat. This should give us all the evidence we need to know if Jesus was vegan.

Early in the morning, as Jesus was on his way back to the city, he was hungry. Seeing a fig tree by the road, he went up to it but found nothing on it except leaves. Then he said to it, “May you never bear fruit again!” Immediately the tree withered. – Matthew 21:18-19

When they landed, they saw a fire of burning coals there with fish on it, and some bread. Jesus said to them, “Bring some of the fish you have just caught.” So Simon Peter climbed back into the boat and dragged the net ashore. It was full of large fish, 153, but even with so many the net was not torn. Jesus said to them, “Come and have breakfast.” None of the disciples dared ask him, “Who are you?” They knew it was the Lord. Jesus came, took the bread and gave it to them, and did the same with the fish. – John 21:9-13

Then came the day of Unleavened Bread on which the Passover lamb had to be sacrificed. Jesus sent Peter and John, saying, “Go and make preparations for us to eat the Passover.” – Luke 22:7-8

In case you were wondering, a typical Passover meal is described in Exodus 12, and the meat they ate was lamb.

That same night they are to eat the meat roasted over the fire, along with bitter herbs, and bread made without yeast. – Exodus 12:8 After taking the cup, he gave thanks and said, “Take this and divide it among you. For I tell you I will not drink again from the fruit of the vine until the kingdom of God comes.” And he took bread, gave thanks and broke it, and gave it to them, saying, “This is my body given for you; do this in remembrance of me.” In the same way, after the supper he took the cup, saying, “This cup is the new covenant in my blood, which is poured out for you. – Luke 22:17-20

With this knowledge in mind, let’s look at what it means to be a vegan.

What Does it Mean to Be Vegan?

“There are many ways to embrace vegan living. Yet one thing all vegans have in common is a plant-based diet avoiding all animal foods such as meat (including fish, shellfish, and insects), dairy, eggs and honey—as well as avoiding animal-derived materials, products tested on animals, and places that use animals for entertainment.”

If you are vegan, I don’t know if you adhere to the entire lifestyle or you just focus on the dietary aspects. A friend of mine who is vegan summed it up (his words not mine) by saying "we don’t eat things that eat other living things." I don’t know if that's a good summary, but if it's not, feel free to let me know.

How Does Jesus’ Diet Compare to a Vegan Diet?

When you start doing the comparisons, I think you will begin to see that it doesn’t look like Jesus followed a vegan diet. Jesus eating figs, bread, even drinking wine would all be in line and appropriate for a vegan diet.

However, where Jesus falls short is that he ate fish and lamb, which would not be appropriate if you are following a vegan diet. So if we are going to draw a conclusion based on these things, it looks like Jesus was not vegan. 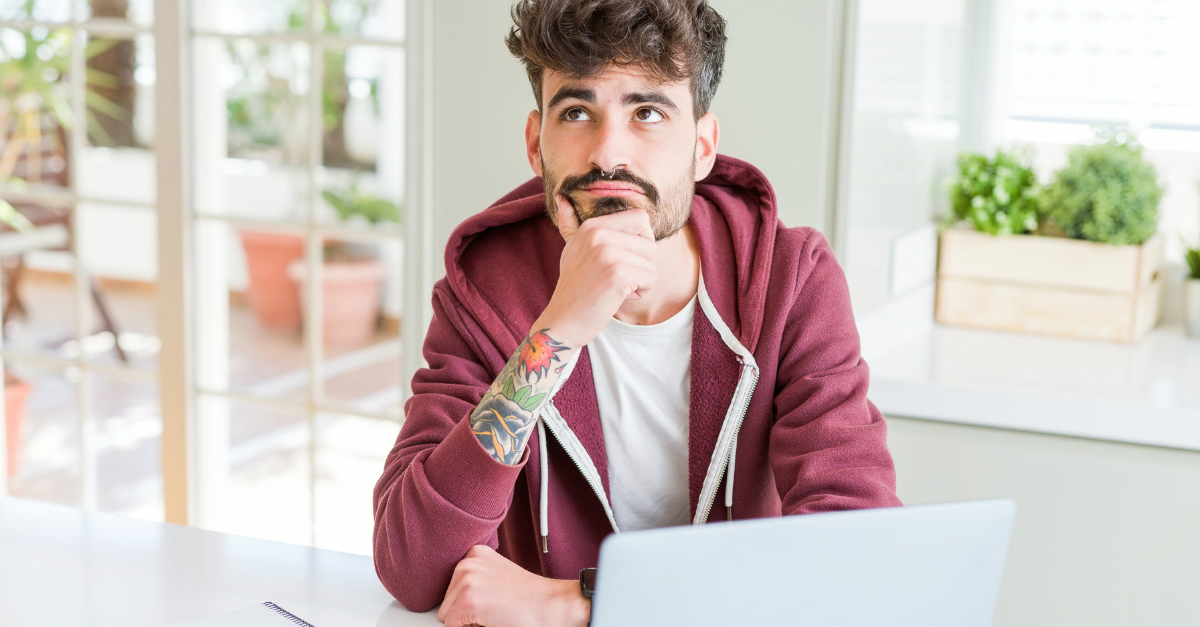 If Jesus Wasn’t Vegan, Should You Be?

There is nothing wrong, sinful, or bad about being a vegan—and there is nothing wrong with not being one, either. It is simply a matter of personal lifestyle choice. In fact, there are at least two other places in Scripture where you could most likely say a vegan diet was followed.

1. In the garden with Adam and Eve:

Then God said, “I give you every seed-bearing plant on the face of the whole earth and every tree that has fruit with seed in it. They will be yours for food. – Genesis 1:29

The Lord God took the man and put him in the Garden of Eden to work it and take care of it. And the Lord God commanded the man, “You are free to eat from any tree in the garden; - Genesis 2:15-16

When Adam and Eve lived in the garden of Eden, they only ate fruit and vegetables. The last time I checked, to use my friend's definition, fruit and vegetables don’t eat other living things. So it is probably safe to say that Adam and Eve followed a vegan lifestyle. However, I would also add they may not have called themselves "vegans." By the way, if you think about it, God didn't specifically instruct Adam and Eve to eat fish or other animals, so one could contend that if Adam and Eve had not sinned, then no one would ever have eaten meat. But that was not God's story.

The second person to consider is Daniel.

But Daniel resolved not to defile himself with the royal food and wine, and he asked the chief official for permission not to defile himself this way. Now God had caused the official to show favor and compassion to Daniel, but the official told Daniel, “I am afraid of my lord the king, who has assigned your food and drink. Why should he see you looking worse than the other young men your age? The king would then have my head because of you.” Daniel then said to the guard whom the chief official had appointed over Daniel, Hananiah, Mishael and Azariah, "Please test your servants for ten days: Give us nothing but vegetables to eat and water to drink. – Daniel 1:8-12

Daniel and his friends made a conscious decision not to eat anything but vegetables. This is one of the differences between Adam and Eve and Daniel. Adam and Eve didn’t have a choice in the matter, while Daniel did. Look at what happened at the end of 10 days:

At the end of the ten days they looked healthier and better nourished than any of the young men who ate the royal food. So the guard took away their choice food and the wine they were to drink and gave them vegetables instead. – Daniel 1:15-16

As an aside here, Daniel’s story does not mean we should all give up meat and only eat vegetables. In other words, this story is not promoting a pro-vegan or pro-vegetarian diet or lifestyle. Daniel was following a conviction he had. The food being offered could have violated Jewish law or could have been sacrificed to idols. While we may not know the exact reason, Daniel was making a statement of faith and trust, not a dietary statement.

To Vegan or Not to Vegan?

As I mentioned before, the choice to follow a vegan diet or lifestyle (or to not follow one) is one of personal preference. I think the fact that Jesus ate meat can give you comfort in knowing that eating meat is not sinful. If you are vegan you may think it is not the right thing to do, but you can’t say it is sinful according to the Bible. At the end of the day, it is a decision that you must make for yourself and be comfortable knowing that there is no wrong answer.

To vegan or not to vegan? That is the question. Only you can decide the right choice for you.

I leave you with two Scriptures that I will use as my final words on the matter.

So whether you eat or drink or whatever you do, do it all for the glory of God. – 1 Corinthians 10:31

Clarence L. Haynes Jr. is a speaker, Bible teacher, author and co-founder of The Bible Study Club. He has spent more than 30 years serving the body of Christ in various capacities and has just released his first book, The Pursuit of Purpose. If you have ever struggled trying to find God’s will, this book will help you discover the different ways God leads you into his perfect will. To learn more about his ministry please visit clarencehaynes.com.

This article is part of our larger resource library of Christian questions important to the Christian faith. From core beliefs to what the Bible says about angels, we want to provide easy to read and understand articles that answer your questions about Christian living.

What Do Christians Believe?
How Old Is the Earth?
Who Is My Neighbor in the Bible?
What Does God Look Like?
Are Guardian Angels Real?
What Does it Mean to Be Zealous for God?

This content first appeared on Crosswalk.com and is used here with permission. To view the original visit: https://www.crosswalk.com/faith/bible-study/was-jesus-vegan.html

Have you ever noticed how we don't usually celebrate historical figures as children?