The title of this article may sound like an oxymoron. After all, as we barely enter each new year, we already have natural disasters, wars, and rumors of all kinds to worry about.

But as we form “resolutions” this year, maybe we can also find ways to be less fearful.

As someone who personally struggles with chronic anxiety, I understand the battle against fear. If someone tells me, “Well, just don’t worry about it,” that advice never seems to stick.

Like me, you may be happy to know that there are biblical reasons we don’t have to fear. Let’s look at some practical ways to live in this truth.

People in the Bible Experienced Fear

Believe it or not, many of the most important characters in the Bible feared whenever they had been called to do something daunting for the kingdom of God.

Gideon: We first meet Gideon, a judge of Israel, hiding from the enemy in a wine press (Judges 6:11). So when God calls him to take an army of Israelites to attack the Midianites, he balks. Especially when God trims the army down to 300 men (Judges 7).

Moses: Moses seems to come up with every excuse in the book not to go to Egypt when God calls him to set the Israelites free from slavery (Exodus 4). God gets so tired of his fearful excuses, that he sends Moses’ brother Aaron to help him proclaim the message to Pharaoh.

Esther: Esther feared to approach her husband, the King, without permission. If he didn’t accept her, she would die from the penalty of her actions. But if she didn’t approach him, her people would be slaughtered (Esther 4).

David: David was constantly on the run. Whether Saul or even his own sons were seeking his death, he spent a great deal of his life running and hiding. Even the ‘man after God’s own heart’ experienced a great deal of fear.

The list goes on. Almost every biblical figure we encounter struggled with fear in some way, especially when given a daunting task from God.

In the same way, maybe we have a lot of on our plates already early on into each new year. No matter what God has in store for us, we can turn to Scripture and find plenty of people who felt the same uncertainty we do.

We can also, throughout the Bible, find 5 reasons not to fear this year.

Let’s dive into the biblical reasons. 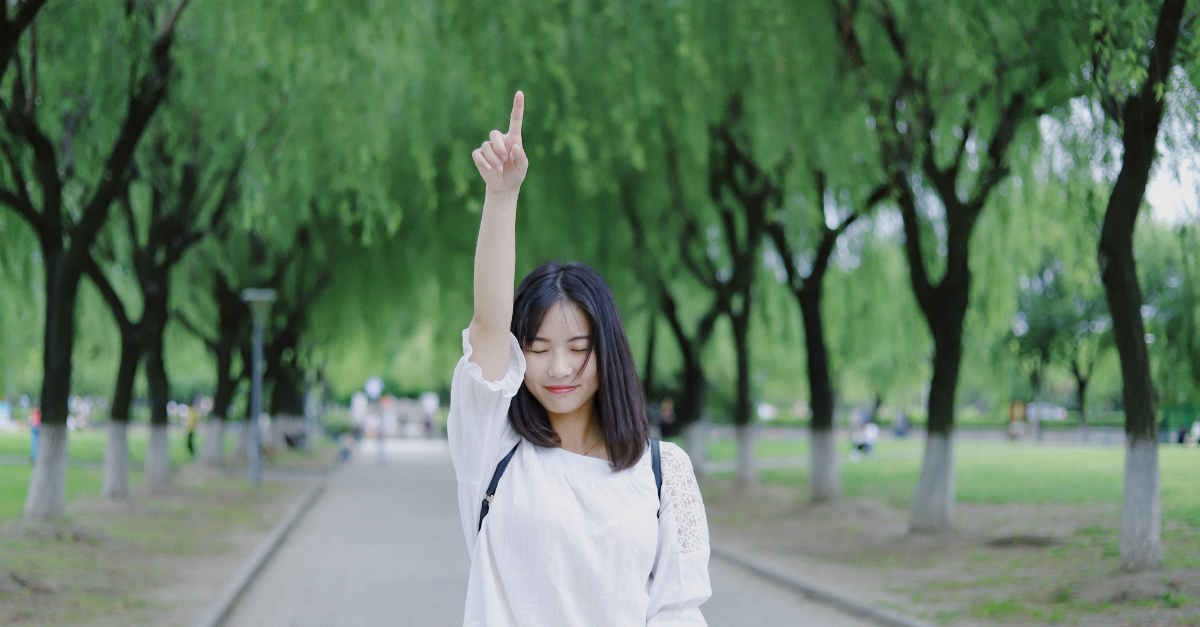 Yes, the news frightens me. Living in one of the states with the highest sex trafficking statistics, I can’t even go to the grocery store alone without fearing what someone might do to me as a young adult woman.

But no matter how bad the world gets—Satan will never win.

Even though Satan may run rampant right now in the world, his deceit and power will come to an end (Revelation 20:10).

No matter what happens, God has the ultimate victory. And he will turn everything right again in the end.

Biblical Reason #2: God Has a Plan for You

No matter what season we encounter (Ecclesiastes 3), God has a wonderful plan for us in the midst of it all.

In this year alone, God will shape you, introduce people to you whom you can have an impact for the kingdom, and give you plenty of opportunities to worship and bring glory to him.

I’ve been told, each new year is 365 new opportunities.

Just like the Chris Rice song “Life Means so Much,” says, every day is a gift. And each day we unwrap God’s wonderful plan, seeing his fingerprints on our past, present, and future.

Biblical Reason #3: God Encourages us with His Word

Need encouragement in the daunting year? Turn to God’s word.

As mentioned in this Crosswalk article, reading the Bible improves your health and behavior, and brings you closer to God.

Not to mention, God’s word is a lamp unto our feet (Psalm 119:105). When we feel as though we’ve lost our way, or grow fearful because of the darkness that seems to consume the world, we remember the true light.

Through God’s word, he can comfort us, strengthen us, and help us pursue righteousness.

If you make any resolutions this year, resolve to spend time with God in the word each day. It can help you resolve to fear less.

In the Garden of Gethsemane, Jesus likely sweat actual drops of blood (Luke 22:44). Because of the amount of agony and distress he was under, he may have experienced, in medical terms, something known as hematidrosis.

God understands fear. He knows what it’s like to anticipate something with dread.

As we approach this year with our worries and distresses, we know we don’t have to experience the sorrow and anxiety alone. We’ve had someone who has gone before us and walked in our sandals, and we can turn to him every day for comfort and hope. 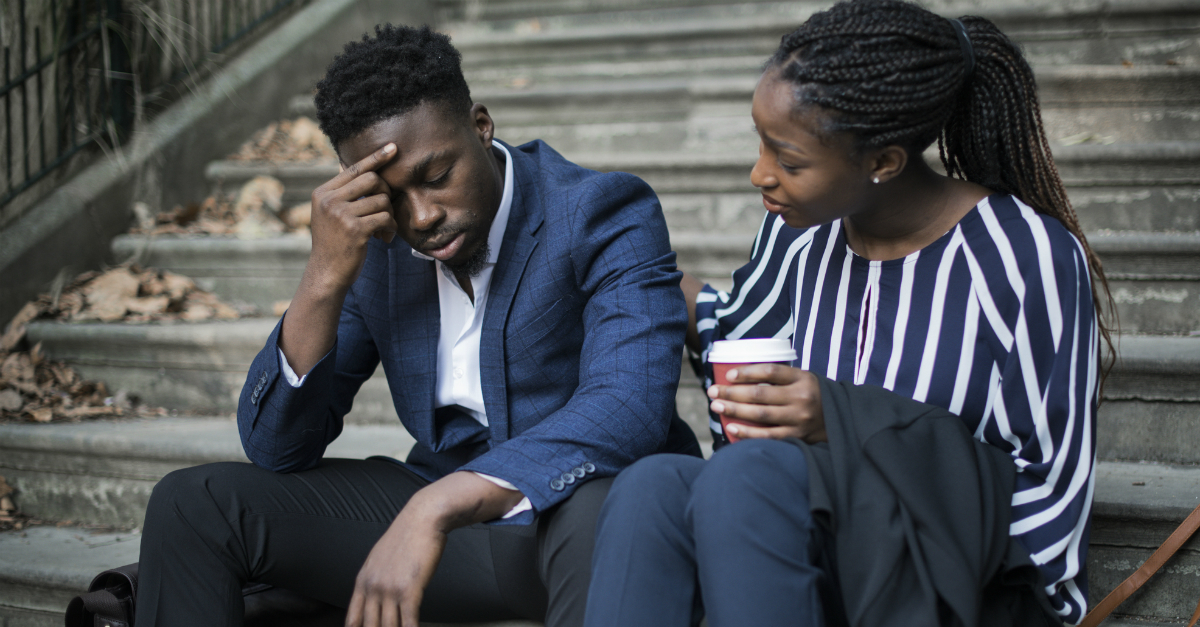 Biblical Reason #5: God Gives us Opportunities to Be a Light

Although we may not look forward to the coming year, we do know that God will place people in our lives who need to hear about him. (1 Peter 3:15)

Think of each day as a new opportunity to bring the good news to someone.

As Christians, even though we experience fear, we do have an ultimate hope and comfort. At the end of the day, we can close our eyes and smile, knowing that God is in control, no matter what the day may bring.

However, those who do not have the hope we have place their trust in only temporary comforts. They may need to hear about the Prince of Peace; they may want to know why you are so hopeful and don’t worry as much.

God will plant people in our lives who need to hear about him. He lets us be part of his bringing the kingdom down to earth. How amazing!

Why Should We (and How Can We) Fear Less this Year?

When we fear, we are less effective for the kingdom of God. Absorbed in our own worries, we may disregard people in the world around us who need to know about Jesus.

We also strive to fear less because we know who ultimately has the control and has a plan for our lives. Even when the world gives way and the media scares us with how much darkness has consumed our nation, we can rest assured that God will not let go of us, nor ever forsake us.

As mentioned above, it means spending more time with God in the word, and also, in prayer. The more we do these, the more we learn about God’s power and goodness, which gives us hope about what he will do in our lives.

We should also pray regularly and dialogue with other believers. Not only can we encourage them when they experience worry, but they can help us in our darkest hours.

When we’re less bound by fear, we feel more freedom to boldly proclaim the Gospel to those who need hope.

Hope Bolinger is a literary agent at C.Y.L.E. and a graduate of Taylor University's professional writing program. More than 500 of her works have been featured in various publications ranging from Writer's Digest to Keys for Kids. She has worked for various publishing companies, magazines, newspapers, and literary agencies and has edited the work of authors such as Jerry B. Jenkins and Michelle Medlock Adams. Her column "Hope's Hacks," tips and tricks to avoid writer's block, reaches 6,000+ readers weekly and is featured monthly on Cyle Young's blog. Her modern-day Daniel, Blaze, (Illuminate YA) released in June, and they contracted the sequel Den for July 2020. Find out more about her here.

This content first appeared on Crosswalk.com and is used here with permission. To view the original visit: https://www.crosswalk.com/special-coverage/happy-new-year/can-you-resolve-to-fear-less-this-year.html